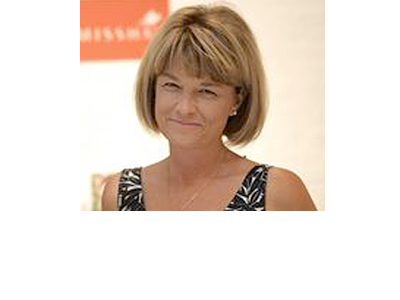 Jill Golden has been setting standards in communications for over twenty years.

After beginning her career as a fashion journalist, she worked her way up the ranks of Madeline de Vries, a leading PR agency. Next she spearheaded a multi-faceted consumer outreach program for Laura Ashley, as the company hit its stride in its American heyday. Then she headed up public relations for Coach. The success of this campaign led to a series of promotions culminating in a position as director of corporate, crisis and consumer communications for a $2.3 billion Sara Lee Corporation operating group.

Then she joined Liz Claiborne Inc. where she led the creation and implementation all publicity programs for this multi-brand portfolio and increased annual press for the entire company 380% in the first year. For the following five years she served as Vice President of Corporate Communications at Ann Taylor, Inc. where she supervised a consumer outreach program that contributed to an over 20% increase in brand awareness among target consumers for this well-established brand.

Ms. Golden next joined Movado Group Inc. as Vice President of Public Relations. She built the PR team from the ground up and established the company as a PR category leader with industry-leading visibility including: Oprah proclaiming a Movado Watch as her “favorite” on-air and in her magazine; Caroline Kennedy presenting a Movado Woman of the Year Award, and Gwyneth Paltrow guest-designing a watch.

Then she joined the world of nonprofit as Chief Communications Officer at WellGood LLC, where she planned and implemented outreach for ChangingThePresent.org: a new nonprofit Web site. The entirely pro bono program included coordinated television advertising on all top networks; 250 outdoor ads; extensive press coverage including: The New York Times, USA Today, AP and US News and World Report; Oprah and Baryshnikov providing endorsements for the homepage; over 90 blog postings; and over a billion impressions with AOL.com and NBC.com PSA banner ads.